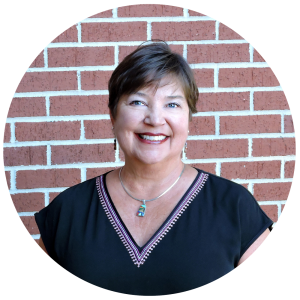 A lifelong resident of Marietta, GA, Fran Sutton is one of the founding members of 10 Women of Hope and its current Chair. She is a graduate of Marietta High School and the University of Georgia where she received her BBA in Business Management.

Fran’s passion for giving back to her community led her to working with NW Metro Atlanta Habitat for Humanity and most recently, Cole Street Development Corporation, a non-profit that provides affordable housing in Cobb County.

Fran lives in Marietta with Don and their 2 Boykin Spaniels, Allie and Bailey. They have two daughters, Lauren and Anna who is married to Aaron White and has their most special granddaughter, Etta Grace. 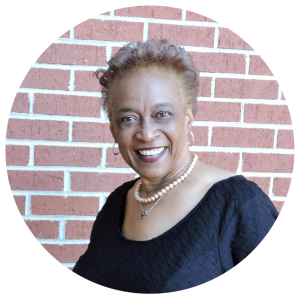 Lamuriel Peagler Adams is a retired educator and lives in Smyrna. She graduated from Alabama State University, Montgomery, AL with a BS Degree in Business Education and received a MED from Georgia College. She taught for 30 years in Evergreen, Alabama; Fort Valley, Georgia; Columbus, Georgia; and retired in 2000 from Etowah High School, Woodstock.

Lamuriel is very active in the community. She has been a member of Zion Baptist Church, Marietta for 30 years; serves as treasurer for the E. L Keys Missionary and Chairperson of the Old Zion Heritage Museum. She is a Charter Member of the Marietta/Roswell Chapter of Delta Sigma Theta Sorority and served as the Coordinator of Blacks United For Youth Cobb, Inc. organization for 12 years.

As one of the founding members of the 10 Women of Hope, Lamuriel loves helping people and enjoys the opportunity to make a difference.

Alexis Blackmon is a Georgia native who was raised in Marietta, Georgia. She received her bachelor's degree in psychology from the University of Alabama at Birmingham and her Master’s degree in Social Work from the University of Georgia. Alexis has spent her career advocating for the underprivileged. Alexis is a program manager at Jerusalem House where she has worked for over 10 years.

Alexis enjoys helping others by providing the best support to those who are in need. Alexis is excited to be a new member of 10 Women of Hope and grow within her community. Alexis resides in West Cobb with her two sons Gavin and Grant. 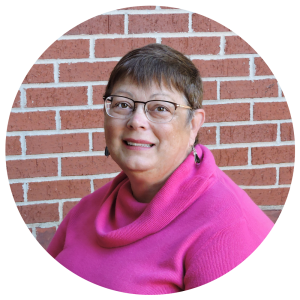 Wanda Callahan retired from Cobb County Government having served for 30 years, yet she found time to be involved in numerous civic and volunteer activities. Over the years she has volunteered with many organizations including the Friendship Club, SafePath Children’s Advocacy Center, Oregon Park Baseball Association, Marietta First Baptist Church and donated time and money to many more.

While attending Middle Georgia College, she met the love of her life - Sammy Callahan. They have two sons, Matt and Clinton. In her spare time, she dotes on her only grandchild, Vann, who is four years old.

Wanda currently serves as trustee and board member of the Cheatham Hill Community Club in west Cobb County. She enjoys helping others and is proud to be a founding member of 10 Women of Hope. 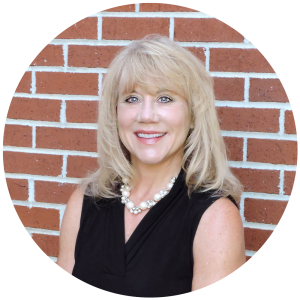 Angie T. Davis is the inaugural clerk for the newly-created Georgia State-wide Business Court, appointed by Governor Brian P. Kemp in July 2020. Prior to her appointment, Angie spent 20 years with the Clerk’s office in the State Court of Cobb County, first as the Deputy Clerk of Court and later as the Clerk of Court. Angie also served as Clerk and Court Administrator of the Cobb County Magistrate Court prior to joining the Cobb County State Court.

Angie is a graduate of Leadership Cobb class of 1998. She serves on the Kennesaw State University Master of Public Administration Advisory Board and the Mount Paran Christian School Board of Trustees. Angie is a past nominee for the YWCA Tribute to Women of Achievement and was named the 2013 Executive of the Year by the Cobb County Executive Support Professionals organization. She is a founding member of 10 Women of Hope, a non-profit which assists single-parent families experiencing a financial emergency.

A resident of Cobb County for over 40 years, Angie and her husband, Shawn, attend Stonebridge Church in Marietta and live in West Cobb with their two daughters, Riley and Reagan. 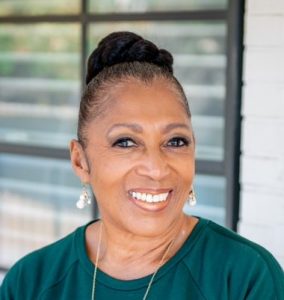 Originally from Cape Cod Massachusetts, Maryellen (Meg) Gomes relocated to Atlanta in 1991. As a single mom, she raised two children and was determined to provide a good life for them.

She holds an Associate’s degree in Law Enforcement and Bachelors’ degree from the University of Massachusetts/Dartmouth and a Master’s degree in Social Work from Georgia State University.

She has worked for Big Brothers Big Sisters of Atlanta and as the Mentor Coordinator and School Social Worker for the Cobb County School district. She created and oversaw the district's flagship school-based mentoring program called, Cobb Mentoring Matters. She has an affinity for working with families in need with a special interest in working with women in transition.

She recently retired after 10 years as a school social worker and now enjoys setting her own schedule as a consultant, working in the community in various roles involving mentoring and community coaching with local non-profits. She enjoys spending time with family and friends and is committed to maintaining health and fitness goals while at the local gym, aquatic center, or walking.

A longtime resident of Marietta, AikWah was raised in Malaysia.

She has more than 30 years of experience in marketing, communications and public affairs. She is currently the communications manager for Cobb County Government. She graduated from Marshall University, Huntington, WV with a bachelor's degree in Journalism - Advertising and a Master's in Journalism - Public Relations.

The mission of 10 Women of Hope is near and dear to her heart as she was a single mother for many years and very familiar with the financial struggles.

An active member of the community, she belongs to Cheatham Hill Community Club, Junior League of Cobb-Marietta, Keep Cobb Beautiful and the West Cobb Business Association. She is the co-chair of the Entrepreneurship Development Committee under the Chamber of Commerce's DE&I Council. She is also the 2022 co-chair of Cobb EXCEL Alumni Association.

She lives in west Marietta with her family and favorite child, a Goldendoodle named Cooper. In her spare time, she crochets and plays tennis. 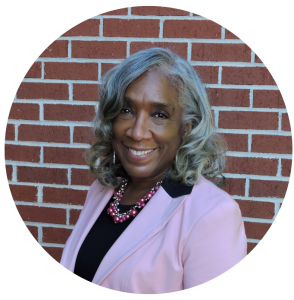 A resident of Cobb County for over 20 years and a founding member of the 10 Women of Hope, Jacqueline L. Payne is Managing Attorney of the Kinship Care Unit of Legal Aid. She received her B.A. degree, cum laude, in sociology/criminology from Spelman College and her J.D. degree from the University of Georgia. Ms. Payne is a 30+ year member of the State Bar of Georgia (Trial, Child Advocacy and Family Law Sections); and a member of the Cobb and Atlanta Bar Associations. She has served as President of the Marietta Schools Foundation, and remains a member. She also serves on several other boards.

She is the mother of three adult daughters (she was a long-standing PTA officer, on school local and District level; and was a 12 year Girl Scout leader for her daughters).

Jacqueline is active in her church, serving as Legal advisor, on Altar Guild, as a choir member, and as a Lay Reader.. She is a 18-year breast cancer survivor and a frequent participant in walks and other fundraisers for the American Cancer Society, and other cancer prevention organizations. 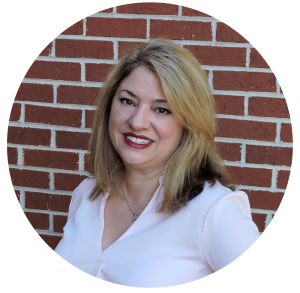 Michelle Sams was born and raised in Baltimore, Maryland and moved to Cobb County, Georgia in April of 2000. Over the past 27 years, Michelle has enjoyed a career in community banking where she has been able to work in various areas and capacities.

Michelle is a 2014 Graduate of Leadership Cobb, was a Charter member and Past President of the North Cobb Civitan Club and past member and committee chair of the Marietta Kiwanis Club.

10 Women of Hope is very dear to her because she has also experienced being a single mother and she realizes just how close she could have come to needing the support of such an organization.

Michelle and her husband, Derrick, reside in Acworth. Between the two of them, they have five children, Kylie, Jessie, Christopher, Michael and Bradley. In their spare time they enjoy creating their bucket list and marking items off together. 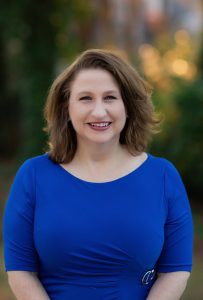 A native of Marietta, GA, Amanda Seals is the executive vice president of advocacy and government relations for the Cobb Chamber. Amanda has over 20 years of advocacy and government relations experience at the local, state and federal levels. She is a graduate of Young Harris College with Associates of Arts in Journalism; holds a Bachelor of Science in Media Communication from Kennesaw State University; and Masters of Higher Education Administration from Georgia Southern.

Passionate about her community and giving back, she is the past-president of the Junior League of Cobb-Marietta, a graduate of both Leadership Cobb (2018) and Leadership Georgia (2013 and 2014 program chair), co-chair of the Marietta Pilgrimage Tour of Homes, previous member of the Georgia Metropolitan Dance Theatre Board of Directors, and served on the Board of Directors for both the Kennesaw State University Alumni Association and the Young Harris College Alumni Board. She is the incoming president of the North Georgia Camp and Retreat Ministries Board of Directors and honored to become a member of the 10 Women of Hope in 2022.

She and her husband, Paul, live in historic Marietta with their daughter, Trinity. They are members of Marietta First United Methodist Church.

10 Women Of Hope needs your donations. 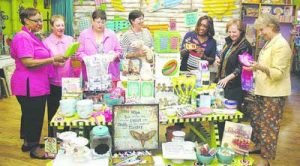 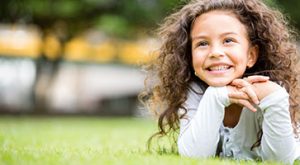 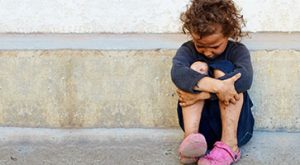 Shop With a Purpose

We know everyone loves to do their online shopping on Amazon! Now you can shop with a purpose! That's right! Just go follow the link below and we will receive 0.5% of all of your purchases. It is as easy as that! Let's go shopping!!!